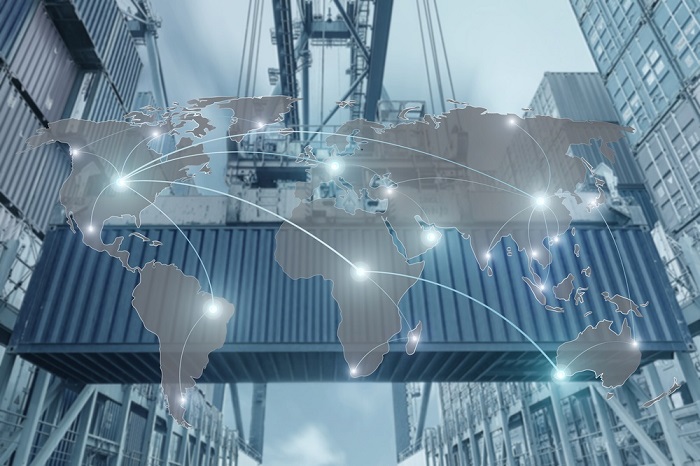 The GateHouse acquisition partnership gives project44 customers the ability to get visibility into the European surface market, analogous to what they have in North America and vice versa. Photo credit: Shutterstock.com.

Logistics technology provider project44 is purchasing Denmark’s GateHouse Logistics in a bid to accelerate development of a global visibility platform for shippers and transportation providers. The acquisition, announced Tuesday, cements an alliance the US and Danish companies entered in October to focus on tracking US and European truck shipments.

The deal, terms of which were not announced, is the next step in project44’s plan to create a global visibility system integrating information from all modes, regions, and ports. It’s also the company’s first acquisition, a sign the well-funded startup is moving from the organic growth and strategic partnership phase into an acquisitive one, enabled by access to venture capital.

“By bringing our companies together permanently, we have created the first ever single-pane view into all our customers’ global shipments,” Jett McCandless, CEO and founder of project44, said in a statement. The Chicago-based company has been developing an ocean freight visibility product. The GateHouse deal is another building block in that global strategy.

The GateHouse acquisition partnership gives project44 customers the ability to get visibility into the European surface market, analogous to what they have in North America and vice versa.

The surface freight visibility in different regions is more “foreign domestic visibility” than end-to-end visibility, but it brings that eventual goal of a multimodal network a step closer.

The partnership and now merger underscore the rapid growth in demand for technology that can deliver supply chain visibility not just in one country or continent but globally. The tracking of freight for shippers tends to be handled in an isolated geographic manner, thanks to the constraints of managing telematics and “silos” set up within supply chains.

That creates opportunities for fissures to develop in supply chains as freight moves between regions and modes, with information and visibility lost at several transfer points, especially at ports and warehouses and distribution centers and exchanges between modes.

GateHouse and project 44 operate in developed markets with similar, although divergent, trucking equipment and networks. All GateHouse Logistics solutions are now part of the project44 Advanced Visibility Platform. Current GateHouse Logistics offerings will continue to be supported, and all employees will become employees of project44.

“By coming together to create the largest visibility platform across North America and Europe, our customers will be able to capture the deep business value that a single global provider can enable,” including not just visibility but automation, said Jesper Bennike, former GateHouse Logistics CEO and now project44 executive vice president of business development.

In the past decade, the visibility market has grown to include dozens of players in North America and Europe. Most companies are active in one or the other, but those trying to expand across both regions face divergent industry characteristics, technology options, and customer needs.

In Europe, GateHouse’s data-sharing network is powered by its ability to plug into telematics devices that are pervasive in trucks on the continent. The European Union has required digital tachographs, similar to electronic logging devices (ELDs), be installed on trucks for years. Starting in June 2019, new trucks will be equipped with more advanced “smart tachographs.”

Founded in 2014, project44 has been building a similar network in North America by tapping into ELD data, truck telematics, direct application programming interfaces (APIs) with carriers, and app-less tracking. Shippers using its platform can tap into GateHouse’s data clearinghouse, rather than connect with individual telematics suppliers.

Project44 emerged initially as a proponent of APIs to make connections between shippers and less-than-truckload (LTL) carriers more efficient, but it has since expanded its reach to other modes, including truckload, parcel, rail, and soon ocean, preaching the benefits of visibility and, ultimately, the use of visibility to automate processes.

“I’d say the term ‘visibility’ has been misused for a couple of years,” President Tommy Barnes told JOC.com in a recent interview. “Visibility could be tracking, but we believe it’s more about managing end-to-end operations in a greater cycle. The larger mission is in full automation. If we can automate upstream, the better your tracking is going to be.”

That supports the view that more and more shippers are using visibility data not simply to provide customer support but also for better internal management of supply chain processes.