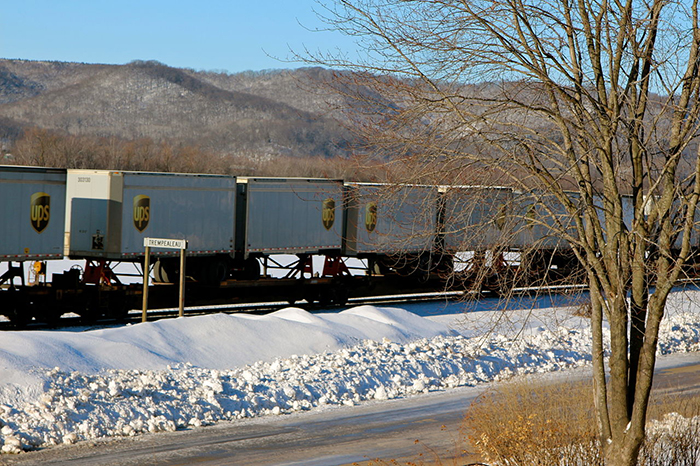 UPS, one of the world’s largest transportation firms, is the first major user of North America intermodal rail services to publicly weigh in on the proposed merger of Canadian Pacific and Norfolk Southern railways, saying it opposes the potential tie-up.

The parcel giant told the U.S. Surface Transportation Board, the rail regulatory agency, in a Feb 9. letter that it feared a merger would hurt competition and service, and spark further consolidation that would only reduce rail reliability and shipper options further. Although carload shippers have taken both sides on the potential merger, UPS’ public declaration highlights shippers’ fear that improving intermodal rail service could falter if the railways are integrated.

“UPS does not believe that a NS-CP acquisition or hostile takeover is in the public interest, and encourages the board to deny any related voting trust or merger application,” the company said in the letter.

While CP CEO Hunter Harrison once talked of a “street fight” to secure a majority stake in NS, the rhetoric has since cooled after NS rebuffed the Calgary-based railway three times. CP said it would abandon its pursuit of NS if it is unable to convince the Virginia-based railway’s shareholders to get the company’s board to enter negotiations. NS called CP’s first bid of $28 billion insufficient and an increase to $45 billion has not been enough to change their minds.

UPS, which moves 3,000 containers via North American railways each day, is joining a chorus of other voices, including shippers, cities, congress members, governors, and railways that have sung similar concerns about competition and consolidation after a tie-up.

In a letter to the STB, the American division of the Subaru Motor Co. voiced its opposition to the merger, saying “it would limit the competitive balance among the existing North American railways.”

While CP has forcefully argued that a merger would not lead to more Class I consolidation, other Class I railways have suggested otherwise. BNSF Railway has outright said it is already flirting with the idea of pursuing a merger of its own if CP and NS tie up, while Union Pacific Railroad has also hinted at the same possibility.

Complicating matters for CP is the fact the STB has placed the possibility of future consolidation at the center of its criteria for approving any Class I tie ups.

Should CP succeed in its efforts, a CP-NS merger would be the first merger involving a U.S. railroad since the STB rewrote its regulations in 2001, after a wave of consolidation reduced the number of major North American railroads from 35 to seven. The proposed CP-NS merger and the potential of future mergers involving BNSF and UP now means the ranks could shrink from seven to just four major railways.