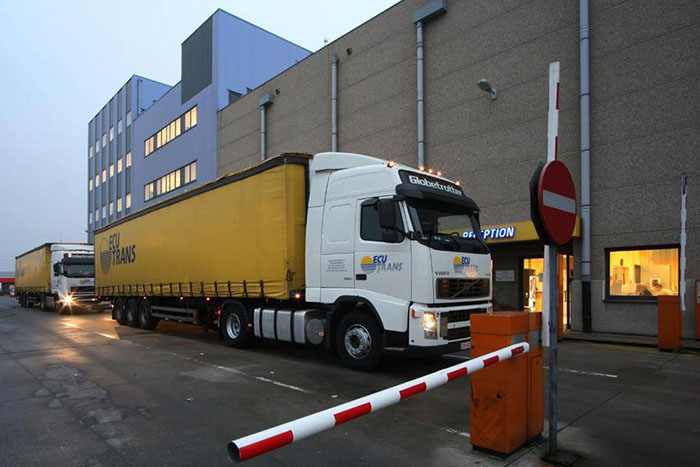 Allcargo Logistics, the parent of global non-vessel-operating common carrier ECU Line, plans to more than double annual revenue to $2 billion in the next five years as it continues to diversify its service offerings and expand operations globally.

Listed on the National Stock Exchange of India and the Bombay Stock Exchange, Allcargo will achieve the 2020 revenue target through a combination of organic growth and strategic acquisitions, said Uday Shetty, regional CEO for the Asia-Pacific with ECU Worldwide.

“We expect good organic growth in markets such as China and the U.S. We made a couple of strategic acquisitions in those markets over the past five years and those are delivering for us and we are investing to capture more market share for the NVOCC business. We are also in discussions for further strategic acquisitions globally,” Shetty told JOC.com in an interview.

Allcargo rebranded its global subsidiaries ECU Line, Econocaribe and China Consolidators to ECU Worldwide as part of its 2020 development plan. The rebrand is designed to support the aggressive revenue expansion goal as well as increasing diversification of services beyond basic NVOCC offerings.

Together with the NVOCC business, Allcargo owns a large amount of land across India, on which it operates container freight stations. In addition, it provides domestic coastal and short-sea shipping services on owned and chartered vessels. Allcargo has enjoyed growth in turnover of up to 15 percent annually for the past several years as a result of expansion in India and other overseas markets.

Africa is singled out by the company as a key growth market going forward. Allcargo and its subsidiaries have offices in south, east and west Africa and is working to grow its NVOCC business on the continent as well as related businesses including warehousing and domestic distribution services.

Meanwhile, in India the company is enjoying growth in virtually all business segments that it expects to continue for as long as the existing political situation, which is favorable to the development of industry and the general economy, remains in place.

“In India we are seeing growth in the domestic shipping sector and while there is more competition in terms of container freight stations, we are growing in that sector too. Work related to project cargo for infrastructure and manufacturing development is also a big earner for us at the moment,” said Shetty.

Allcargo’s global NVOCC business handled a combined full and less-than-container-load global volume of 250,000 twenty-foot-equivalent units in 2015, much of which consisted of shipments related to China. The company expects its intra-Asia business to remain solid as the twin trends of a shift in manufacturing from China to southeast Asia and growth in consumer spending in the region gather pace.

“Intra-Asia has very high volumes and is a fairly profitable trade for us. While it has slowed recently, we expect it will continue to grow as the trend of the shift in manufacturing settles in.”

While diversification into related businesses is in the strategic plan, there are no plans for ECU Worldwide to directly target beneficial cargo owners and the NVOCC will continue to work with freight forwarders as its primary customers, Shetty said, adding that the company expects to benefit from ongoing consolidation in the container shipping sector.

“Consolidation may mean more of a monopoly in certain markets, but if it takes rates above break-even level then it is good for the industry and it is also good for us. Our margins are predominately a percentage of ocean trade rates, so if those rates go up, so do our margins.”