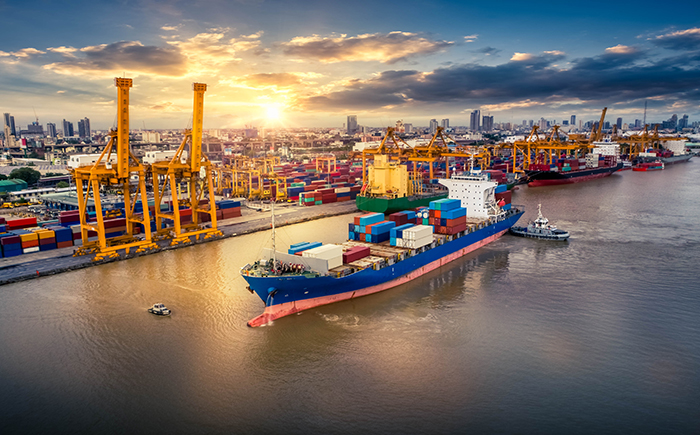 Comments by Ryan Peterson, founder and CEO of Flexport, in a recent interview with JOC.com proved revealing and helped answer the question of how different an animal the rapidly growing Flexport is within international logistics. The answer: if you’re a forwarder that is pricing for market share and admit that much of the work remains manual, you’re not that different — at least not yet.

The interview with JOC editor Eric Johnson took place shortly after the Feb. 21 announcement that Flexport had received a $1 billion investment led by SoftBank Vision Fund founded by Japanese entrepreneur Masayoshi Son. On the SoftBank website, Flexport now appears in a category of 15 “Transportation + Logistics” portfolio companies, including Uber, DiDi Chuxing, and lesser-known startups in on-demand food delivery, car sharing, and autonomous vehicles. Flexport is the only clearly discernible logistics firm on the list. The investment, which brought the capital Flexport has raised to roughly $1.3 billion, is “more than any other freight brand on the planet has to invest in technology and sales expansion by a long, long way,” Kontainers CEO Graham Parker tweeted.

In the interview, Peterson put to rest any idea that all the investment would go toward technology. In fact, his priorities seemed to tilt toward growth; he will apply a classically old-world freight strategy to achieve it — pricing and market share. “I think there’s going to be real opportunities for us to look at our customer base and look at the network and start to get really smart in pricing, and say, ‘Hey, we don’t need to make money on every single shipment,’” he said. “Where do I need baseload volumes and [would] be willing to go below cost for that customer in order to get another customer on board?”

This means that despite all the anxiety around Flexport — whose front-end is modern and user-friendly but whose back-end systems, as with all freight forwarders, are far less automated — there is little to no value currently in its technology in terms of pricing. “[It is] similar pricing, better service, for what I’m already buying. That’s why you see growth rates like this,” Peterson said.

This helps answer a question the industry has been asking since Peterson founded the company six years ago: how does Flexport plan to make money? The answer: wrong question. The right question is how he plans to return profit to his investors, a star-studded cast including Peter Thiel, Ashton Kutcher, and the Winklevoss twins. “The key focus is growth and, then long term, sustainability and profitability. It’s just a matter of finding the best way of getting them a return on their investment,” he said.

Another point revealed in the interview is the emerging field of battle between Flexport and those trying to help those threatened by Flexport, most prominently Kontainers, which started out as a digital forwarder itself before pivoting to become a software-as-a-service supplier to other forwarders.

Peterson, interestingly positioning Flexport as a legacy forwarder, took an unmistakable swipe at Kontainers, whose website asks prospects to, “Learn how to beat Flexport.”

“A software company that’s building software for freight forwarders is not as intimately familiar with all the ins and outs and exceptions and edge cases that actually exist in freight forwarding,” Peterson said.

That revealed an important point about Flexport, which the industry has long known, but which Flexport itself now seems to be admitting to: the term “digital forwarder,” which Flexport all but coined, is a fallacy because while the front-end view to the customer can be digitized, the back end today remains largely manual. How many customers’ exceptions or problems does the average forwarder customer service agent in China handle per day? Twenty? Ten? Two, according to a major forwarder. The reality is, when a truck is stuck in traffic or a container isn’t available at a depot, as it stands today (maybe one day that will change), human intervention is required.

“A lot of the real costs, the real time, is in exceptions, when something goes wrong and it takes four hours to solve a problem. So errors are more important than they might seem,” Peterson admits.

But competitors beware: Peterson said he eliminated 99 minutes of human labor per container in 2018, meaning that legacy realities might not survive when the best minds are put to the task of solving complex problems — which explains the attraction of freight to Silicon Valley in the first place. It’s the back end where the real battle will take place.

Separating hype from reality has always been the key challenge when seeking to understand Flexport. The industry rolls its eyes when Peterson says Flexport is building “the operating system of global trade,” implying its ambition is to handle not just its own cargo but all cargo, and then playing in “the $2 trillion global freight forwarding sector.” (Global air and ocean forwarding revenues are only $270 billion, estimates analyst Alessandro Pasetti, global head of Loadstar Premium.) For now, Flexport remains a moving target.

Permalink Submitted by billpaul@logita... on Mar 26, 2019 7:16AM EDT
Worst-kept secret about Flexport - "Hey, we don’t need to make money on every single shipment,'” he said. “Where do I need baseload volumes and be willing to go below cost for that customer in order to get another customer on board?” More unfounded hyperbole from Flexport - "Peterson said he eliminated 99 minutes of human labor per container in 2018." Why didn't the JOC challenge him on this statement rather than just print it?

Glad you noted that there is

Permalink Submitted by michelle.denton... on Mar 26, 2019 1:44PM EDT
Glad you noted that there is action on the back end- Human element will always be needed, and customer training on how to book their own freight on the front end. Not everybody understands how the concept works, even though they have been shipping for years and some shippers are just new with a product to move.
International Logistics›Logistics Providers›Flexport
Technology