Express parcels industry under pressure 'as never before' — report

Express parcels industry under pressure 'as never before' — report 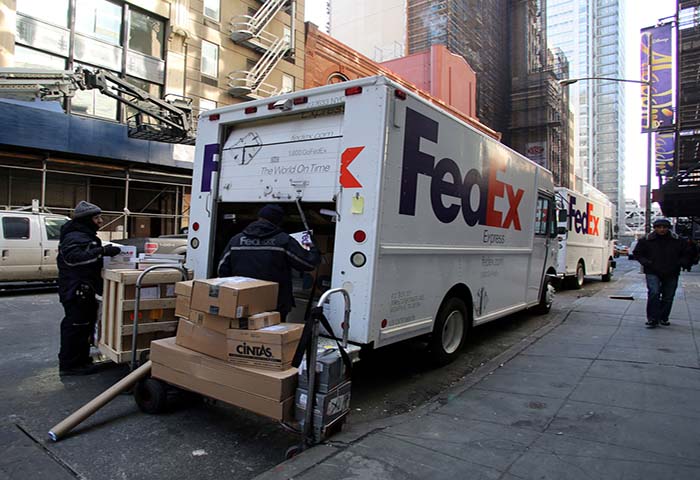 LONDON – The express parcels industry is coming under pressure “as never before” as e-retailing, technological disruption and macro-economic upheaval drive fundamental changes in the market, according to a leading logistics consultancy.

The massive growth of e-retail volumes has characterized the express sector in 2015, leading to more sophisticated delivery strategies which respond to the requirements of the final recipient, Transport Intelligence said.

“Home deliveries are costly and inefficient and hence express carriers have been developing more flexible solutions which allow the recipient to choose the time and location of delivery,” according to the U.K.-based firm’s Global Express and Small Parcels 2015 report.

The industry is also developing alternative delivery locations, including smart lofckers in car parks, gas stations, supermarkets and railway stations which make it easier for the recipient to collect and return their parcel.

The growth of e-retailing – particularly strong in Asia-Pacific where the express market grew by 14 percent in 2014 – has not necessarily proved profitable for express companies, especially those exposed to the domestic market.

Even the largest carriers, such as UPS, have struggled to find a solution to deal with the surge in demand at peak times of the year, including Black Friday.

Express companies are also facing competition from unlikely sources, with many “disruptive technology” firms such as Uber and Nimbr becoming massive businesses. “The possibility that one will emerge in the logistics industry should not be ruled out,” Ti said.

These start-ups do not pose an imminent threat to national or international networks, due to their greater levels of efficiency. They are also largely aimed at consumer markets rather than the B2B sector. “They could even become a useful tool for many incumbent express companies to better utilize assets in niche sectors or geographies.”

“E-retail, new business models, disruptive technologies and the volatile global economic environment are transforming the express parcels industry,” John Manners-Bell, Ti’s CEO said.” The future is overwhelmingly positive – but only for those companies which work out how to take advantage of this systemic change.”

The changes in the market are not all being driven by changing patterns of consumer demand, with the biggest shake up due to the likely acquisition of TNT Express by FedEx, which will reduce the number of large global players from four to three, Ti noted.