Privately held Dachser ranked eighth in JOC’s list of the Top 40 Global 3PLs in 2013, with logistics-related revenue estimated at $6.5 billion, a 13 percent increase from the previous year’s $6.1 billion.

Kempten, Germany-based Dachser offers air, land, and sea logistics solutions and transportation, with a heavy focus on perishables. Dachser recorded organic growth of 8.3 percent in its food division in 2013, while the rest of its divisions grew as a result of various acquisitions.

US Offshore Wind: Where Is the Market Heading?
Learn how IFP Corp uses technology to improve operational efficiency and improve margins
END_OF_DOCUMENT_TOKEN_TO_BE_REPLACED

The US-China Trade War: Where Do We Go From Here?
END_OF_DOCUMENT_TOKEN_TO_BE_REPLACED 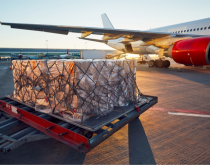 17 May 2019
The escalating trade dispute between the US and China is driving keen interest in air freight on the busy trans-Pacific trade routes.
MORE »

Forwarders offer new LCL service to meet rising demand
06 Jun 2018
German and European less-than-containerload (LCL) market leader Dachser announced this week that it will be launching 26 new LCL services and increasing the frequency of six services from every fortnight to weekly.