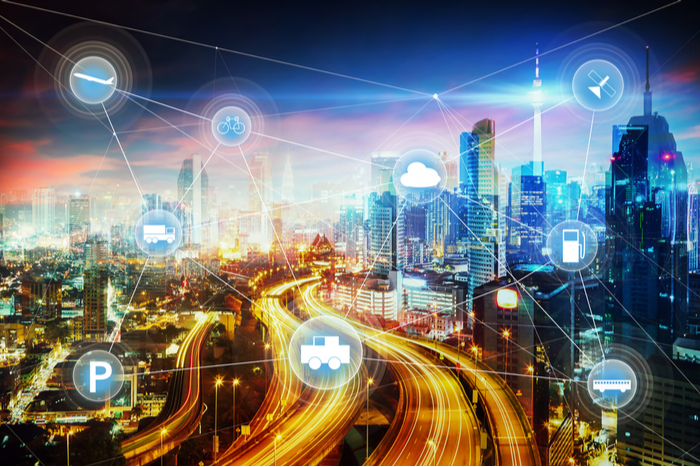 C.H. Robinson Worldwide is trying to do more with less while moving more for less as the COVID-19 pandemic disrupts US domestic and global supply chains. The widespread disruption has underscored the need for new technologies, and may accelerate technology development, the logistics firm’s top executives say.

“We continue to expect 2020 full-year capital expenditures to be in the $60 million to $70 million range with spending primarily dedicated to technology,” CFO Mike Zechmeister said during a first-quarter earnings call Wednesday. “We continue to prioritize the highest-returning technology initiatives on a risk-adjusted basis, and we remain committed to the $1 billion investment in technology from 2019 to 2023.”

That spending is paying off for the $15.3 billion company, said CEO Bob Biesterfeld. “We continue to see our investments in technology drive operating efficiency in the business,” he said, pointing to an almost 13 percent spread between truckload volume growth and headcount growth in C.H. Robinson’s North American Surface Transportation (NAST) business.

Volume per headcount is a key non-financial performance metric for C.H. Robinson, Biesterfeld said during the call, transcribed by Seeking Alpha. “Historically, volume and headcount have been correlated,” he said, but now volume per headcount is rising. “We're now a year into our increased tech investments and you're seeing a shift we've been expecting.”

NAST headcount dropped 5 percent in the quarter from a year ago, while truckload and less-than-truckload (LTL) volumes rose 7.5 percent.

Total revenue increased 1.4 percent to $3.8 billion, but net revenue, the amount left over after C.H. Robinson pays its carriers, plunged 16.3 percent to $568 million. That reveals the gap between what C.H. Robinson charges shippers and how much it pays truckers. In the quarter, the price per mile for shippers fell 8.5 percent, but trucking costs dropped only 2.5 percent.

That pulled its operating margin down to 19.3 percent, compared with 33.1 percent a year ago. It’s worth noting C.H. Robinson’s margins were tightening even before the pandemic, thanks to soft truck pricing and higher costs. In the fourth quarter of 2019, its operating margin dropped from 35.8 to 23.6 percent.

The pandemic, then, is exacerbating or accelerating pre-existing trends and underscores the need to continue developing technologies and business models that improve resiliency, not just for C.H. Robinson’s shipper customers but for the logistics provider itself. “We need to make investments today to engineer costs out of our model for tomorrow,” Biesterfeld said.

C.H. Robinson is making large-scale changes in how its global network is structured, Biesterfeld said, including how teams collaborate and work together, how decisions are made, and “how we leverage the scale of our model even more effectively through process automation and digitalization.” The logistics provider is positioning itself for a more digital world, post-recovery.

That future logistics market likely will feature more competition with digital truckload marketplaces that have been using technology and, according to some of their competitors, low rates in a bid for market share. However, there’s plenty of room for competition from all types of brokers, digital or “traditional,” as well as truckload carriers themselves, Biesterfeld said.

COVID-19 affected C.H. Robinson’s global forwarding operations as well, with ocean shipping volumes declining 3 percent year over year in the first quarter. Those volumes are beginning to turn around in the second quarter. “Our April ocean volumes are being driven largely by a mix of backlogs in the ocean shipping industry as well as existing [demand],” Biesterfeld said.

“During the first quarter and into April, we have been able to help our customers secure air charters and capacity on air charters to meet their unique demands as manufacturing in China continues to come back online,” he said. A new certification requirement for medical exports imposed by China on March 31 has delayed shipments and increased air charter demand.

For a time in April, demand for personal protective equipment (PPE) sourced from China outstripped trans-Pacific air capacity, Michael J. Short, president of global freight forwarding, said in an April 21 interview with JOC.com. “Our teams of global experts were able to modify shipments to arrive at different airports in the US to mitigate delays,” Short said.

Total global forwarding revenue dropped 1.3 percent from a year ago to $530.4 million in the quarter, but net revenue rose 0.8 percent to $128.3 million. The acquisition of Madrid, Spain-based forwarder Space Cargo Group in early 2019 boosted net revenue by 2 percentage points year over year in the first quarter, C.H. Robinson said.