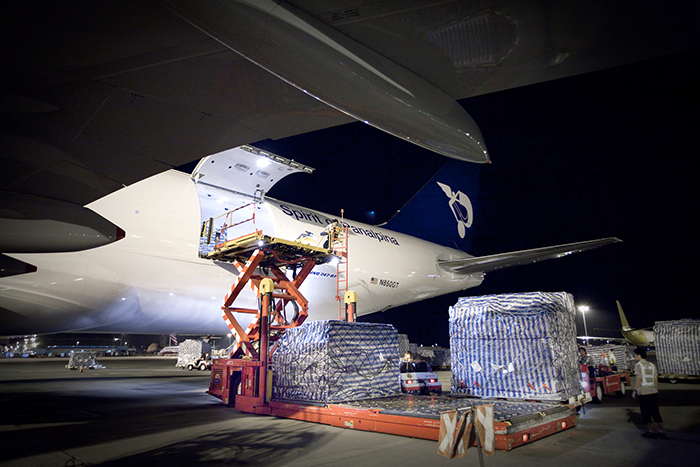 Panalpina’s board of directors is currently reviewing the DSV offer. Photo credit: Panalpina.

The $4 billion takeover offer DSV has made for Panalpina continues a realignment of the entire container transport supply chain to serve a market that is becoming more digitalized, transparent, and has customers demanding greater value from their service providers.

This is driving consolidation at the top of the forwarding market, a similar strategy to one being deployed by container lines, where fewer but larger carriers control a greater share of the business.

Lars Jensen, CEO and partner at SeaIntelligence Consulting, said the forwarding space was far more fragmented than the carrier market and this was another step in the consolidation process.

“In an environment of increasing digitalization and transparency, the forwarder market is also likely to bifurcate, similar to the carriers, into very large players using scale advantage, and much smaller players with a clear niche focus,” he told JOC.com.

Panalpina’s board of directors is currently reviewing the DSV offer, despite insisting that the Swiss forwarder wanted to remain independent after reports in November last year that it had received a takeover approach by Kuehne + Nagel. It remains to be seen whether Kuehne + Nagel will launch a counter offer to the DSV bid.

The change of heart by Panalpina’s directors is hardly surprising, because at a 24 percent premium on the share price — which Jefferies said implied a takeover multiple of 27.6 times 2019 earnings — shareholders are likely to be highly interested in the offer. This is especially likely following Panalpina chairman Peter Ulber announcing in November that he would not stand for re-election after shareholders took issue with the forwarder’s strategic direction and felt the company should be engaging in takeover talks.

According to a statement from DSV, a combination of the company and Panalpina “would create a leading global transport and logistics company with significant growth opportunities and potential for value creation.

“The combined business would generate expected revenues of more than $16.8 billion and EBITDA [earnings before interest, taxes, depreciation, and amortization] of more than $1 billion on a pro-forma 2018 basis, excluding any synergy benefits. The structure of our offer will allow Panalpina’s shareholders to participate in the benefits of the combination,” the statement said.

Further sweetening the deal for Panalpina shareholders is the fact that the performance of their company over the past eight years has lagged that of the market. Fourth-quarter results have not yet been released, but the Swiss forwarder’s third-quarter 2018 EBIT declined 5 percent year over year, which Jefferies said was the weakest performance in the sector for that period, compared with Kuehne + Nagel earnings that were up 5 percent, DSV up 16 percent, and DHL up 58 percent.

Panalpina’s ongoing struggle to restructure and drive up earnings has been surprising considering that the forwarder enjoys top-five market positions in air and sea freight. Air and ocean is an area where Jefferies estimates DSV’s profitability will have grown 10 percent in 2018, which the investment bank said implied there could be further upside to the synergy potential. Jefferies said synergies would likely be realized through the integration of sales and back offices and from moving Panalpina customers onto DSV's best-in-class IT system.

The bank estimated that Panalpina’s takeover would add 50 percent to DSV’s revenues and 17 percent to its EBIT in year one, increasing to 50 percent including synergies at 5 percent of revenue in year three.

There has been an increase in the consolidation activity among the top players in the forwarding sector. Offers have been made by DSV and CMA CGM for CEVA Logistics, in which CMA CGM prevailed. XPO Logistics has amassed an $8 billion acquisition war chest and is searching for acquisition targets in the forwarding space, and Maersk's strategy to control its container supply chain has seen the carrier incorporating certain logistics activities from its logistics provider Damco under the Maersk banner.

DSV has been a company tied to forwarder acquisition rumors in the past couple of years. The Copenhagen-headquartered company has been linked to takeovers of Geodis, and in the fourth quarter of 2018 missed out on a bid for CEVA Logistics. CMA CGM, which then owned 25 percent of CEVA, fended off its approach with a bid of its own and now holds a 33 percent equity stake in CEVA.