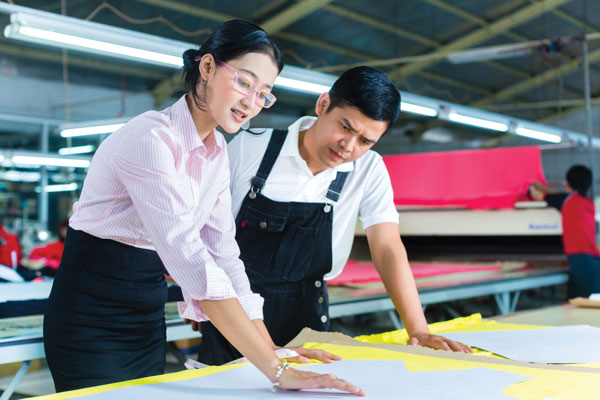 As Southeast Asia’s largest economy, Indonesia is one of the rising stars on a continent full of them. An archipelago consisting of more than 17,000 islands, it’s also one of Asia’s biggest logistics challenges. Now it’s facing another challenge, a slowing economy marked by rising inflation colliding with an urgent need of a transportation infrastructure upgrade.

Despite those headwinds, transportation interests are confident that Indonesian demand for their services will grow for the foreseeable future, in part because the declining value of the nation’s currency, the rupiah, will help to drive exports.

Although Bank Indonesia recently downgraded its economic forecasts for the nation, it still expects GDP growth of 5.5 to 5.9 percent this year, growth that much of the West can only dream about. That will come despite the inflationary impact of a reduction in fuel subsidies and the startling depreciation of the rupiah that have driven up prices for all sorts of consumer products.

And, although retail sales and consumer confidence indicators suggest household consumption is softening, with obvious implications for imports, overall trade volumes are growing.

“We believe the shipping industry will continue to remain robust,” said Jakob Friis Sorensen, president director of Maersk Line Indonesia. “In spite of the trade deficit which is resulting from lower values of commodity exports, volumes remain very healthy, particularly on Maersk Line’s key trade corridors from Indonesia to the U.S., Europe and Africa.”

Others aren’t allowing the signs of slowing get in the way of their plans to expand in a nation of some 250 million people. By the end of the year, DHL Global will add two forwarding offices in Manado and Palembang to its existing network of seven offices and 40 terminals.

Still, failure to invest in transportation capacity is a hindrance that could limit Indonesia’s growth potential. The country ranked 59th out of 155 countries in the World Bank’s Logistics Performance Index in 2012. “We have to concentrate on making our goods more competitive,” said Sofyan Wanandi, chairman of the Indonesian Employers’ Association. “Our trade deficit is growing because we are not competitive, given high labor costs and logistics bottlenecks.”

Indonesia’s road and rail networks are in urgent need of upgrades on key routes to help reduce hinterland bottlenecks and port delays, and terminal capacity has not kept up with the aggressive growth in containerized volumes in recent years.

A new report by Maersk Line cites a lack of equipment, low port efficiency and poor road access as contributing to congestion and slow container clearance rates at Indonesia’s ports. Delays add costs and time to supply chains for shippers that already must transship their goods through Singapore or other hubs to access mainline container services to most destinations.

One major exporter that supplies retailers in Germany from manufacturing centers in Bali and Java first must truck shipments long distance to Jakarta or Surabaya to connect to shipping services to Singapore and ultimately Hamburg. “The all-in rates from Jakarta to Hamburg we get quoted are often more than double the cost of shipping direct from Singapore, and there are often delays,” said the exporter, who requested anonymity. One recent delay forced a shipment to be bumped in Singapore to a later ship that arrived eight days later than originally scheduled, the exporter said.

The Port of Tanjung Priok, located near Jakarta, handles more than half of Indonesia’s containerized imports and exports. Throughput increased 26 percent to 7.2 million 20-foot-equivalent units, far beyond its design capacity. Truck and terminal congestion at Tanjung Priok is almost constant. “Loading time (at Tanjung Priok) is 25 percent longer for a 200-meter cargo ship compared to the world’s most efficient port in Qingdao, China,” Maersk said in its report.

Sorensen, however, reports some service improvement at Tanjung Priok this year and believes a cashless initiative the port is testing with some carriers could improve efficiency. Average box dwell time in August declined to 7.7 days from 8.7 days in June, and yard occupancy fell to 80 percent last month from 107 percent in June. “There remains areas for improvement, and one key aspect is to enhance coordination among port authorities, IPC and terminal operators,” he said.

State-owned port operator Pelindo II, also known as Indonesia Port Corp. or IPC, is scheduled to open the 1.5 million-TEU first phase of New Priok-Kalibaru Port next year. Further expansion through 2016 will add 3 million TEUs of capacity, and some reports say 13 million TEUs of extra capacity will be in place by 2017.

The New Priok-Kalibaru project is something of a moveable target, however. IPC’s estimates of how much capacity will be built and when it will open have been subject to constant change. Initial plans called for 4.5 million TEUs of new capacity next year, not 1.5 million. IPC President Director Richard Joost Lino admitted in August that only 16 percent of the first terminal had been built, so a 2014 opening of even a reduced first-stage expansion at Kalibaru already appears unlikely.

And, despite Indonesia’s 2008 commitment to privatize large swathes of its maritime industry, a lack of liberalization initiatives is undermining the ability of foreign port operators and investors to participate in Indonesia, Sorensen said. “The shipping law passed in 2008 can be widely interpreted,” and policy changes in this sector are factors holding back investors, he said. “Land availability and acquisition are also concerns in major cities, especially in Jakarta.”

For all its logistics challenges, Indonesia does have a plan for the future. It recently launched its snappily titled “Future of Logistics in Indonesia Vision 2025: for National Competitiveness” to help improve the performance of its transportation sector. The national plan aims to create an integrated logistics infrastructure that links all major economic centers across the archipelago and offers viable international connections.

DHL, for one, expects major improvements in the years ahead. Manado is one of Indonesia’s fastest-growing areas and is set to benefit from Manado-Bitung Port being designated an Integrated Economy Development Area. Under the program, a toll road between the city and port, expected to boost trade, will open next year.

DHL also expects forwarding demand to increase in Palembang, the capital and second-largest city of Sumatra. Sumatra is the scene of new investment in roads, power plants and integrated terminals for land, river and rail transport to support growth of trade, especially commodity exports.

“Indonesia is one of the four MIST countries — Mexico, Indonesia, South Korea and Turkey — identified as the next group of fast-growing economies by both economists and DHL alike,” said Kelvin Leung, DHL Global Forwarding’s CEO for the Asia-Pacific. “Indonesia is poised for rapid growth as the government pursues its economic strategy and invests in infrastructure to create first-class logistics capabilities by 2025.”

Sorensen is also upbeat. “We see some optimism, and a turning point has been reached,” he said. “Efforts at developing new ports and addressing other structural issues are clearly steps in the right direction to improve Indonesia’s competitiveness as a trading partner to the world.”