NVO share of US imports from Asia down slightly

NVO share of US imports from Asia down slightly 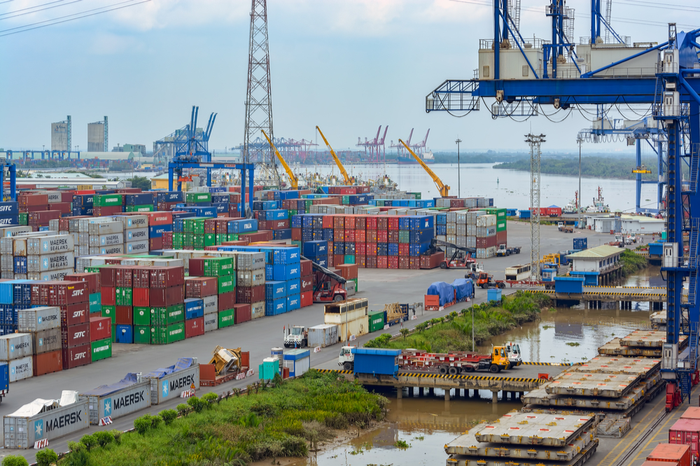 The market share of United States imports from Asia booked by non-vessel-operating common carriers (NVOs) was down slightly in the first half of 2019, the first time since at least 2015 that NVO market share has declined year over year. It’s a sign that 2018’s capacity issues on the ocean and inland legs of the international supply chain have eased.

Nevertheless, NVOs say their business is still strong, and their ability to secure space at competitive rates from multiple transportation providers gives a compelling reason for beneficial cargo owners (BCOs) to reserve at least a portion of their freight for intermediaries.

“We get a multi-dimensional view of the marketplace,” Kevin Krause, vice president, ocean services at SEKO Logistics, told JOC.com. “There are still opportunities for us to grow.”

Carriers offer different rate structures for NVO cargo based on “named” accounts (specific BCOs), which come with more assurances of space, and lower rates for “freight all kinds” that are often the first shipments to be rolled when vessel space is tight. Some carriers, such as Maersk and APL, seek to increase their direct bookings with BCOs through premium and online tools that come with guarantees of service.

NVOs do well amid uncertainty

Last year was unconventional from previous years in several respects. The trucking industry began the year with driver and truck capacity shortages as it adjusted to electronic logging device (ELD) requirements in late 2017. Also, continuous front-loading of shipments to stay a step ahead of Trump administration tariffs on imports from China resulted in space shortages on vessels leaving Asia. Hundreds of shipments last year were “rolled” to subsequent voyages unless BCOs agreed to pay steep surcharges of as much as $1,000 per FEU.

When trade and transportation conditions are uncertain or freight rates are rising rapidly, BCOs attempt to reduce their risks by reserving a portion of their freight for NVOs who have contracts with a number of transportation providers. Trade conditions are noticeably different this year. Space on vessels leaving Asia is sufficient to accommodate most bookings, even though the trade is well into the peak season.

Freight rates are down considerably from last year. The spot rate last week on shipments from Shanghai to the West Coast was $1,566, down 32.8 percent from Week 36 last year. The East Coast rate was down 25.2 percent to $2,631, according to the Shanghai Containerized Freight Index (SCFI) published in the JOC Shipping & Logistics Pricing Hub.

Carriers this year can offer BCOs more certainty in space availability, if they are willing to pay a premium, so some BCOs are increasing their direct bookings with carriers, said Scott Weiss, vice president of business development at Port Logistics Group. “They’re locking up certainty in their supply chain for their hot cargo,” he said.

Of the top 10 carriers in the Asia-US trade in the first half of 2019, NVOs lost market share with five of the lines, increased their share with three, and was unchanged with two, according to PIERS.

Each carrier has own business plan for NVO cargo

Most carriers over the years have established certain booking patterns with NVOs based on their business plans, and they have generally maintained those percentages the past five years. A few lines changed their business plans for NVO cargo, possibly due to mergers and acquisitions or their involvement in vessel-sharing alliances.

According to PIERS, CMA CGM/APL has been consistently in the low to mid-40 percent range with NVO share, Evergreen about 30 percent, Maersk mid-30 percent, HMM mid- to upper-40 percent, Yang Ming about 50 percent, and Hapag-Lloyd in the mid-50 percent range. Cosco, which acquired OOCL last year, dropped its share of NVO cargo to 39 percent from 43 percent. ONE, which consolidated the operations of three separate Japanese lines, increased its NVO share to 53 percent from 48 percent in 2018. MSC, which had an NVO share of 57 percent in 2015, was down to 44 percent this year, possibly due to its close working relationship with Maersk in the 2M Alliance. Zim’s NVO share jumped to 43 percent from 38 percent in 2018.

Although BCOs this year are not shifting large amounts of freight to NVOs, given there is sufficient ocean, truck, and rail capacity, NVOs say BCOs still come to them for value-added technology services including tracking, tracing, and cargo visibility, as well as NVOs’ access to all of the vessel services in North and South Asia.

“Our services are still in demand. They are always going to be in demand,” Weiss said.

Excellent report do u have

Permalink Submitted by Chas@10xoceanso... on Sep 13, 2019 6:43AM EDT
Excellent report do u have the same on Asia to Europe?
Maritime News›Container Lines
North America›United States