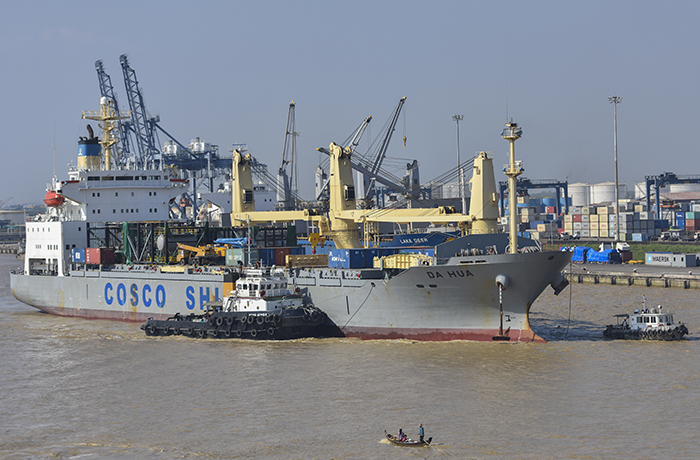 Officials say the Bay Terminal is expected to be operational by 2022, with at least one
of the three terminals going online by then.
Photo credit: Shutterstock.com

Bangladesh has selected PSA Singapore to build and operate a terminal complex that will double Chittagong annual capacity to 6 million TEU and enable it to handle larger ships, a much needed development for the congestion-plagued port.

The Bay Terminal is expected to be operational by 2022, with at least one of the three terminals going online by then, officials said. Twenty-four/seven-hour operations and added equipment enables the port to handle nearly twice the volume it was designed for, and volume has grown roughly 10 percent annually.

Officials said the Bay Terminal will be built inside the bay, some 10 miles north of the estuary, allowing ships with capacities of up to 5,000 TEU to call any time. The port can currently only handle ships of up to 2,000 TEU.

The 907-acre Bay Terminal — comprising two container terminals and a multipurpose facility — will have jetties enabling 13 vessels to call at a time. Officials said truck congestion to the planned terminal will be lessened by it being outside Chittagong city.

PSA Singapore is looking to expand its Bangladesh footprint. It’s a prequalified bidder for building and operating the planned Laldia Multipurpose Terminal, which would add about 1.2 million TEU in capacity and is expected to be completed by 2022. PSA has also shown interest in helping with the construction of Patenga Container Terminal, which will bring 600,000 TEU of capacity to the port when it goes online by 2019.

“By adding some equipment in the recent months, the port’s capacity has increased to some extent, but we need more terminals and jetties,” Abdus Salam Murshedy, president of the Exporters Association of Bangladesh (EAB), told JOC.com. Within a year, Chittagong will have enough cranes and other equipment to fully support its terminal operations, a move that will decrease port congestion since only 80 percent of terminal operations are supported with needed equipment.

Murshedy, managing director of Envoy Textiles, an exporter to major global retailers, said the country’s apparel sector has set a target to export $50 billion-worth of goods annually by 2021. Bangladesh exported $36.67 billion in goods in fiscal year 2018, which ended in June.

“We need to upgrade logistics manifold to attain the target,” he said.