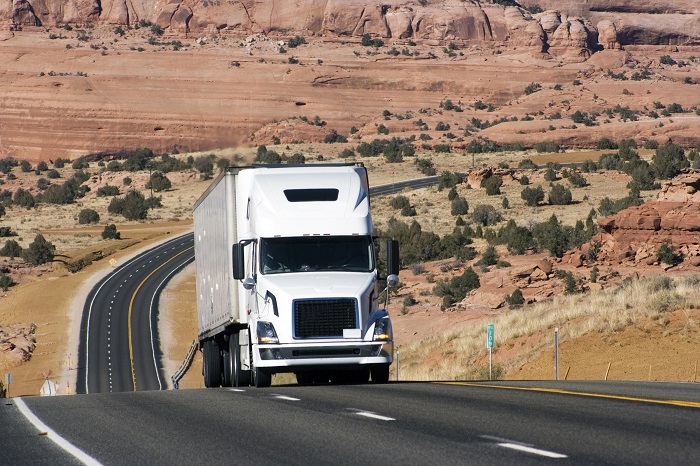 In addition to its turnaround plan, Roadrunner’s fate also depends on shippers, which executives say have largely stuck with the company. Photo credit: Shutterstock.

A year ago, Roadrunner Transportation Systems careened down the financial equivalent of a runaway truck ramp after “accounting discrepancies” were uncovered that forced it to recall and restate earnings reports from 2014 through the third quarter of 2016. On Wednesday the company revealed how big those “discrepancies” actually were, while touting a broad turnaround plan.

The carrier now must execute its turnaround strategy, largely put in place over the course of 2017, to improve truckload and less-than-truckload (LTL) service and boost the profitability of its reorganized operations. However, Roadrunner’s fate also depends on shippers, which executives say have largely stuck with the company, and the benefits of a booming freight economy.

“The current environment is a real tailwind in the truckload and logistics business,” Curtis W. Stoelting, CEO, told Wall Street analysts during a conference call announcing the restated earnings. “We’re making gains regardless of the rate environment, but the multiplier effect, the benefit from the rate increases, overwhelms what we can do in the internal environment.”

The accounting discrepancies went well beyond problems at two subsidiaries, as initially reported, and farther back than 2014. The 15th-largest US trucking operator told Wall Street analysts it overstated net profits from 2011 through third-quarter 2016 by $66.5 million, including overstatements of $19.3 million in 2014 and $22.4 million in 2015.

An internal investigation found more than 80 percent of the restatement was attributable to five operating companies and corporate headquarters. The trucking operator had a net loss of $35.6 million in 2016, Roadrunner said Wednesday, excluding $373.7 million in non-cash goodwill impairment charges. By including those charges, the net loss was $360.3 million.

Revenue increased 2.1 percent, according to revised data, to $2 billion in 2016. The company did not release 2017 financial data and said it expects last year’s revenue to be “in line with 2016”. In a US Securities and Exchange Commission (SEC) filing, Roadrunner said it expects to file quarterly earnings reports for 2017 in March and its annual report “as soon as possible thereafter.”

The company’s financial crisis led to ongoing investor lawsuits charging Roadrunner, and its executives made false and misleading statements about earnings prior to 2017 and breached fiduciary duties. The SEC and Department of Justice are also investigating events leading to the restatement of earnings, and Roadrunner said it is cooperating fully with those agencies.

The accounting discrepancies may have triggered the financial implosion, but the root cause of Roadrunner’s troubles was the way it handled a series of acquisitions that made it, for a time, the fastest-growing trucking business in the United States. “Roadrunner completed over 25 acquisitions of non-public companies without some basic tools,” Stoelting said on 31 January.

“Both Roadrunner’s accounting and business practices were not adequate,” he said. “With 25 subsidiaries, we did not have standard monthly reporting system. We did not focus on balanced financial metrics such as return on invested capital. They [the acquisitions] increased the complexity of the company and increased the company’s debt levels and ratios.”

Change extended to the company’s board, where longtime Roadway leader James Staley, a director since 2010, was named chairman in November. Scott Dobak, who left Roadrunner’s LTL business in 2013 to become CEO of Dicom Transportation Group, joined the board as a director as part of an investment agreement that pumped $540 million into Roadrunner.

On top of that, the company shifted its headquarters from Cudahy, Wisconsin, to Downers Grove, Illinois, for “easier travel to customers and geographically dispersed operating units”.

The LTL operation was renamed Roadrunner Freight, and service times on more than 150 lanes were shortened as part of an effort to refocus and reinvigorate the unit. A jolt of some sort was badly needed after LTL revenue declined 10.4 percent in 2016, according to the restated earnings. Roadrunner Freight’s revenue dropped 20 percent over the previous two years.

Roadrunner expects to report bigger losses at its LTL unit for 2017. “A key goal in LTL is improving our customer offering,” Gettle said during the earnings call. “We’re in an investment cycle to improve customer service. With these investments, we are beginning to see encouraging signs in service and revenue but will require more time to return to profitability.”

Time is what the company wants from the investment community and its shipper customers. Shippers, apparently, have been obliging. “We have not lost a key customer through this period of uncertainty,” Gettle said. “We might have been dark to you guys [analysts], which is unfortunate, but we certainly weren't dark to our customers,” Stoelting said.

“I like our position in the market, I don’t like our execution,” Gettle said. “Over time, we provided an inconsistent and frankly inadequate level of service. We emphasized cost over service, and that damaged our reliability and the Roadrunner brand.” He thinks the company’s broad service portfolio, and its direct-load LTL business model, will lend wheels to its turnaround.

“Our role as a long-haul metro-to-metro LTL provider is a good position to be in,” Gettle said. “There’s a market for freight to be a day slower but considerably cheaper, that provides a different value proposition,” he said. With LTL and truckload rates rising, that value proposition might draw more shippers, he suggested. “There’s going to be a little more pressure to reduce transportation costs and people will be looking at changing partners to do that.”

As an asset-light company that relies on independent contractors and agents to provide LTL linehaul service, Roadrunner itself has been pressured by rising transportation costs. “That can be a negative,” Stoelting said, “but we’re changing freight profile to create better yield.”

As trucking rolls into the Amazon era, however, shippers are demanding speed and service. Increasingly, “service is of higher value” than price, said Satish Jindel, president of SJ Consulting Group, a Pittsburgh-based transportation research firm. “That doesn’t mean everyone has to be the fastest carrier, but you don’t want to be the slowest guy.”

Roadrunner promises an “intensive” effort to boost profitability and improve service in 2018. “We feel very good where we are with our financial structure,” Stoelting said. “We’ve got the resources and capital that we need to make the operational turnaround that’s in process.” The company is completing a detailed annual plan for 2018 and longer-term plans, he said.

If there was ever a time to turn Roadrunner or any other trucking business around, Jindel said, this is it. “In this market, if you can’t make money, you need to be in a different business.”

This is nothing compared to