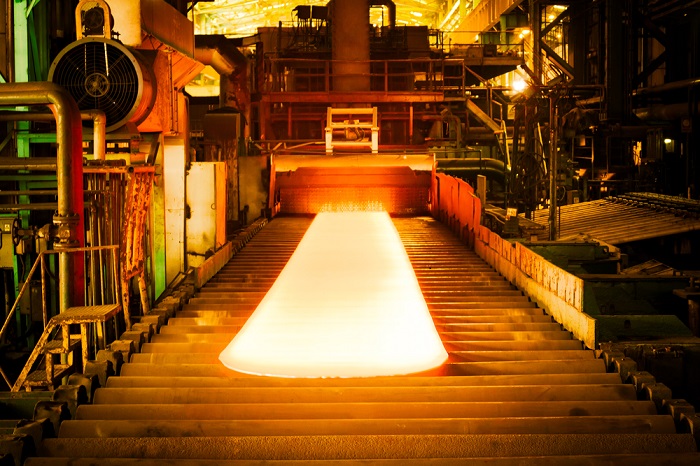 Quotas can freeze imports in their tracks. Once the quota is hit, even goods already purchased and on the water cannot be accessed once they arrive in the United States. Photo credit: Shutterstock.com.

The Trump administration's Section 232 trade policy is a hit, said John Anton, director, pricing and purchasing service, steel analytics, with IHS Markit, parent company of JOC.com — and he means 'hit' as in painful.

Both Section 232 and the knock-on effects of steel quotas for two key countries are turning out to be extremely important to all those involved in the streel trade, from carriers to ports to engineering, procurement, and construction firms to energy project owners.

Section 232 imposes a 25 percent US steel import tariff on all countries in the world except four: Brazil, South Korea, Argentina, and Australia. Imports from these four countries fall under quotas rather than tariffs. The United States has come to rely on Brazil and South Korea in particular for inexpensive, high-quality steel, including slab, coils, and energy-related pipes and tubes.

Harsh reality for quota nations: exports to US end above it

"Initially, the buyers thought [the quotas were] great — until it smacked them in the eyes," Anton said. With the quotas in place, you reach the cutoff point and that's that. No more line pipe from Brazil; no more hot-rolled plate from South Korea.

Quotas can freeze imports in their tracks. Once the quota is hit, even goods already purchased and on the water cannot be accessed once they arrive in the United States. They have to be warehoused until the next quota year begins. The buyer has to find a substitute source for the goods needed, perhaps from a domestic mill where they have no long-standing relationships, or from a country subject to the 25-percent tariff. Either way, prices are higher and delivery will take longer, potentially delaying projects.

In a further complication, as of early September, US steel mills had raised their prices for many flat steel products, including plate, hot-rolled, cold-rolled, and galvanized steel, by 40 to 50 percent, outstripping the 25 percent import tariff, while wire rod and rebar prices have risen by 25 percent and change, Anton said. "Now, even with a 25 percent tariff, imports are lower than domestic prices, so by the end of the year we should see imports come back up again. Perhaps not to the levels of 2017, but there will be another high point at the end of the year." He expects a slower 2019, as US prices stabilize and domestic prices settle closer to those of imports plus tariffs. Buyers will favor domestic and imports will fall off, but "It can't go to infinity," he said.

"So, for most imports it's a price problem, but for quota imports, it's a delivery problem. if you can get the product, you have a lower price, but [if] you can't get it, that's it," Anton said. Buyers can't simply pay more to solve the problem. They have to find a new source, and then in all likelihood pay more and wait longer.

Anton sees US imports falling off in second half, after front-loading

Import data for the first half of 2018 are misleading, Anton said. In mid-February, once the tariffs were a certainty, savvy buyers front-loaded their import orders and bought like crazy through the end of May to get ahead of the quotas. Anton expects imports to fall off in the second half, now that quotas for many steel products out of Brazil and South Korea have been reached. Buyers are likely to turn to sourcing in Taiwan, India, and Europe, as well as to Mexico and Canada, which are under the 25 percent tariff but have no other barriers to entry.

US steel exports are predominantly scrap, which is also under some unusual pressure. Anton said, “Scrap is in trouble and will fall more in the second half of the year.” The Port of New York and New Jersey and the Port of Los Angeles/Port of Long Beach are the main scrap export ports. During the first half of 2018, NY/NJ exported 1 million metric tons of steel, iron, and scrap, according to PIERS, which was about the same as 2016. LA/Long Beach also exported about 1 million metric tons, down 15.5 percent from 2016.

From NY/NJ, scrap normally goes to Europe and Turkey, the largest destination. As a result of the decline in the Turkish lira’s price versus the dollar, scrap purchases have become very costly.

On the US West Coast, the primary scrap buyers are China and South Korea, but China is retaliating against the US Section 301 tariffs with, among other measures, a 25 percent tariff on scrap. “So, two of the US's biggest scrap markets have taken body shots, and this will get worse in the second half,” Anton said.

“Countries are retaliating,” Anton said. “We hit Canada with a tariff, and they retaliated. We are net exporters to Canada. They will redraw their supply chain and quit buying from the US. This could be a permanent loss of business. I fear these tariffs are a Pyrrhic victory. We will lose this steel business forever.”