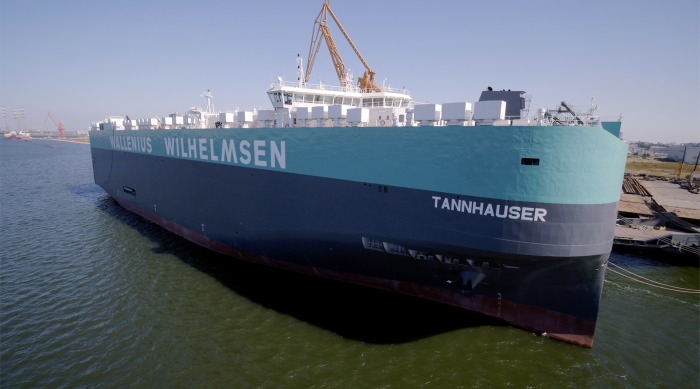 “It is encouraging to see volumes improving from the Q2 low,” CEO Craig Jasienski said during the carrier’s earnings call, adding the company remains wary of volatility given the unpredictable global economic situation.

High and heavy cargo accounted for 3.7 million CBM, or 30 percent of the quarter's volume, the carrier reported last week, unchanged from Q2, but a slide of 23 percent from 4.8 million high and heavy CBM in Q3 2019.

Volume trends diverged sharply on WW's main trade lanes. Cross-Atlantic volumes recovered to Q3 2019 levels, with auto volumes in both directions offsetting slowing high and heavy volume. Asia-Europe trade sank 33 percent for both cars and high and heavy, and Europe-Asia was down 9 percent for the year, the report said.

Most dramatically, Oceania trade was down 48 percent for the year. Although high and heavy and breakbulk volumes were near Q3 2019 levels in this trade, auto volumes tanked due to the weak market and an unrenewed contract, WW said.

Construction and rolling mining equipment exports were off 25 percent year over year across all regions. This was the sixth consecutive quarter of reduced demand for mining equipment, with only Australia and India showing growth, the company said.

Ocean transport revenue grew 10 percent, to $545 million in Q3 from $495 million in Q2, but is off 29 percent year over year, underlining the ripple effects of the COVID-19 pandemic, WW said. Q3 operating profits for the ocean segment were $42 million, up from Q2's $19 million operating loss. Over the first half of 2020, pandemic lockdowns smothered global demand for the cars, rolling stock, and breakbulk cargo WW transports, while manufacturing shutdowns strangled supply.

Relief due to higher cargo volume in Q3 was undercut by a falloff in net freight per CBM, from $44.1/CBM in Q2 to $40/CBM in Q3. Fuel surcharge revenues also fell sharply in Q3, thanks to falling reference fuel prices from the first half of the year, the company said.

WW's 29 percent year-over-year decline in ocean revenue can be blamed on a 23 percent decline in volumes, lower net freight per cubic meter of cargo, and lower fuel surcharge revenues, it said.

Wallenius Wilhelmsen operates a fleet of 123 ships across four carriers in the group: Wallenius Wilhelmsen Ocean, Eukor, ARC, and Armacup. The 8,000 CEU (car equivalent unit) Tannhauser, the third of four new ships on order, was delivered in September. The fourth ship will arrive in spring 2021.

WW recycled two ships in 2020 and will recycle two more before the end of the year, the company said. WW has put a total of 16 ships in cold lay-up, redelivered seven ships during 2020, and could redeliver another seven through the end of 2022, it said.