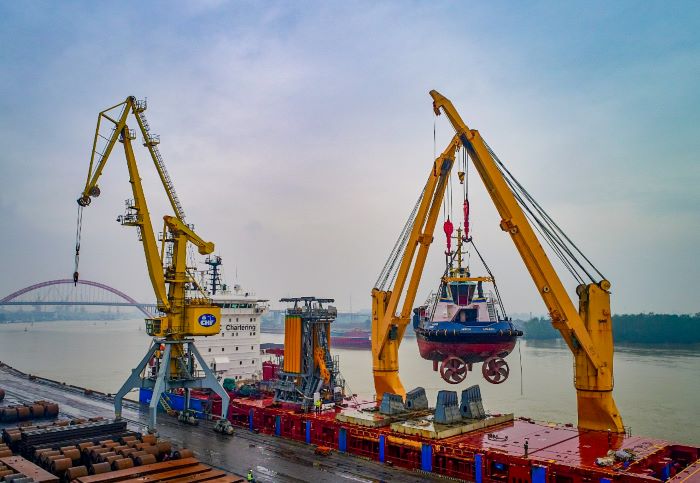 The consequences of the COVID-19 pandemic “will be with us for the next one to three years,” and with a more severe impact than the 2008–09 financial collapse, the CEO of BBC Chartering told JOC.com.

Despite the onset of IMO 2020 and the collapse of carrier Zeamarine, the multipurpose/heavy-lift (MPV/HL) fleet had been looking forward, finally, to a healthier market in 2020. Those hopes fell apart as the pandemic and efforts to control its spread upended global trade and undermined oil prices.

BBC is preparing “for a marathon, not a sprint. We have to dig deep for the next period,” CEO Ulrich Ulrichs said. “I also believe the MPV carriers who get through this crisis will see good market conditions in the long run.” 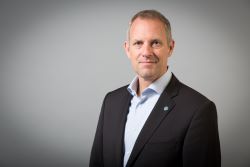 The COVID-19 shutdown has upended schedules and increased costs, but clients, owners, and receivers have been “very realistic,” Ulrichs said. “There's been no shouting.” Transparent communication has been essential, he said, especially during a chaotic initial wave in the first quarter when the pandemic shutdown locked up China. Cargo owners could not make transport decisions because they could not get cargo signed off and confirmed, Ulrichs said.

The situation has eased, he told JOC.com in early May, but it is still far from normal. At times, BBC Chartering will “have a kind of a booking,” Ulrichs said, but it cannot be understood as the normal course of business. “A lot of cargoes are being booked very spot short-term. Not many are on long-term forward bookings … We always prepare a Plan B.”

On the carrier side, port captains have had trouble accessing ports and ships, he said, but because BBC has technical people in position globally, they have been able to attend ships for particularly heavy or valuable project cargo. They have also brought in local contractors for some specific drops. Disembarking and replacing crews, while normally a vessel owner's side problem, is increasingly difficult owing to travel and port restrictions and thus also complicates schedules, Ulrichs said.

Cargo volumes are down, as steel, pipe, and other commodities are slow, and competition from bulk, container, and roll-on, roll-off (ro-ro) carriers is increasing, Ulrichs said. The only truly healthy cargo segment is wind, on- and off-shore, where the volumes and contracts remain, although decision-making and manufacturing have slowed in that segment also, he said.

Beyond wind, it is all parceling, said Ulrichs. “Bit and pieces. We can't fill a ship with one or two bookings.”

Ulrichs joined BBC Chartering as CCO in May 2019 and became CEO in August, on founder Svend Andersen's retirement. BBC Chartering, built over two decades by Andersen, has “grown organically,” Ulrichs said, “and was a tough competitor of mine in my previous positions.”

While his earlier companies were successful, they lacked BBC's great advantage, Ulrichs said: an ability to make good long-term returns owing to economies of scale created by fleet size, vessel mix, and global presence. The BBC fleet, at 138 vessels as of early May, “surprised me. Nine ships of 30,000 dwt tons. And the fleet includes lots of smaller ships, [some] with high lift-capacity gear and [some] with lower gear. We can adapt to any kind of cargo. We have a ship for it. We can quote on it,” he said.

Approximately half of BBC's fleet is owned and managed by Briese Schiffahrt, a sister company that shares the carrier's Leer, Germany, offices. Founder and CEO Roelf Briese is a managing director of BBC.

Despite the sagging market, BBC has purchased a number of used MPV/HL vessels over the past few months, has five new ships on order, and in May received the BBC St. Petersburg, a 12,500 dwt ship with 500 mt lift capacity. “But this is not much in light of a fleet of 138 ships. We'll have to do something additional,” Ulrichs said. “We have to maintain our market share by investing in newbuildings at some stage. At the same time, you have to show shareholders and investors a decent return, so I have to make sure we have margins and profit to invest in new tonnage.”