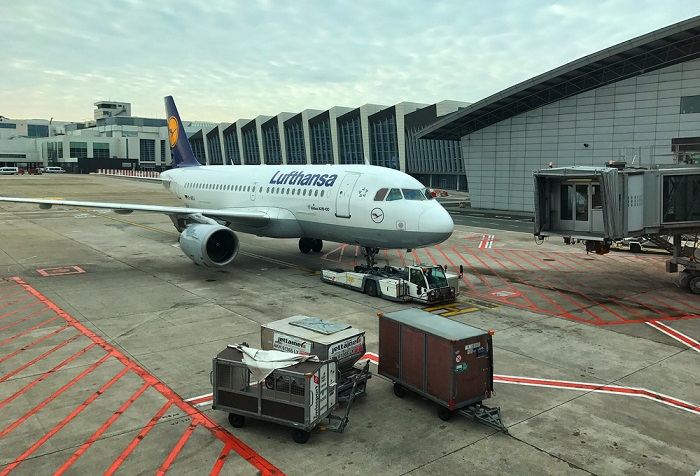 Brussels Airport appears to have found a solution to the frustrating and costly pickup and delivery delays, wait-time surcharges, and storage expenses plaguing air freight shippers in truck congested US and European airports.

Borrowing an idea from the passenger side where jetliners are assigned specific terminal gates and scheduled times for landings and takeoffs, forwarders can reserve guaranteed slot times and designated warehouse dock doors with ground handlers so their truckers can quickly discharge loads or collect shipments.

A just-completed, year-long pilot program built around a computerized slot booking application known as BRUcloud lets freight forwarders, ground handlers, and truckers work together harmoniously and avoid divisive bickering and logjams that previously had drivers idling for hours burning up fuel and running up costs and blood pressure.

But the BRUcloud slot app, which works on desktop and laptop computers and not yet on smartphones, has yet to be rolled out airport-wide. It took over a year and a half to get preliminary results from the pilot program, which, participants claim, are positive.

The first step was acknowledging the seriousness of the problem, said Steve Polmans, Brussels Airport’s head of cargo and logistics, who added that its leadership could no longer tolerate the chaos and complaints. “Every airport today has cargo congestion and if you have congestion, you don’t have an efficient airport.”

To mobilize and unify the estimated 100-plus air freight stakeholders to tackle the problem head on, the airport formed a “neutral umbrella community” called Air Cargo Belgium, according to project coordinator Davide Scatorchia. It was completed in 2016.

“By bringing all parties together — freight forwarders, ground handlers, and truckers — and getting them exchanging information and working together toward a common goal — saving time and money — we realized it wasn’t just a congestion problem. The issue was getting everyone involved to talk to each other,” Scatorchia told JOC.com. “Still, congestion was the most pressing problem. Wait times for freight forwarders’ [trucks] picking up or delivering was as long as six hours. It was insane.”

The answer, he said, was digitization — create a data-sharing application modeled after the slot assignment procedure utilized by airports for decades in controlling passenger plane takeoffs and landings. But getting the airport’s entire cargo community involved at one time was unwieldy, so a ‘digitization steering group’ was organized to develop the app and a pilot group was formed to test the practicality of the concept.

That “brainstorming” group, he said, included 15 participants ranging from forwarders and groundhandlers to trucking agents, IT professionals, and airlines who were interested in finding resolution to the cargo processing delays.

According to Scatorchia, forwarders IFA Skyfast, Nippon Express, Panalpina, Kuehne + Nagle, and DHL Global Forwarding and ground handlers Aviapartner and Worldwide Flight Services volunteered to join the pilot project in January and share data. Since then, 15 other forwarders have joined the pilot study and are using the slot-booking app.

Airlines serving Brussels Airport are not contributing information on the cargo carried to the data-sharing platform, he said. “They are really interested but just not involved at this point, and it’s hard to say when it will happen.”

Jeff Segers, who heads IFA Skyfast, a small independent Brussels Airport-based freight forwarder, said he was initially concerned the big international houses would dominate the steering group but he joined anyway. When he saw how effectively the BRUcloud slot booking app could work, he said he was sold.

“Previously, on the import side, my warehouse crews would wait two to three hours for the handling agent to release a load that was supposed to arrive at a dock door at 10 a.m. Now at 10:10 a.m., we’re gone,” said Segers. “That’s a very big advantage to me. Now I can schedule my workforce on other projects and no time is wasted.”

A substantial reduction in wait times

Other Brussels Airport forwarders claim BRUcloud has directly benefited them. “We’ve had to pay our truckers for waiting three, four, five hours before cargo is processed and we cannot charge it to the client,” said Raf Van Espen, deputy general manager for Nippon Express Belgium.

“Now six hours after the plane lands, we get notified by the ground handling agent with a priority dock door time to pick up the cargo,” he continued. ”Next year all forwarders at the airport will be invited to participate, which is our goal.” As BRUcloud expands beyond the pilot program, Van Espen is keen to see if the efficiency is maintained.

Ground handling agents, often portrayed as the villains causing airport congestion, are cheering the BRUcloud app. “We’ve had the same problems for 25 years,” said Paul van den Bulck, information manager for Aviapartner in Brussels. “They [forwarders] come and go whenever they wanted. It was not structured, not organized. Since Air Cargo Belgium started, everything is centralized and well-managed for the ground handling agents.

"In, the past, we were not informed on what was being picked up or delivered, Now we see everything in advance, can manage and plan our labor, prepare the freight, and bring it to the [dock] door in advance of the truck’s arrival. What we were discussing 20 years ago is now happening.”

Earlier this year, Eddy Myngheer, then general manager Belgium at ground handler Worldwide Flight Services, told a reporter unabashedly, “We strongly believe in the positive effects of the slot-booking app. The first go-live was a success.”

Forwarders and groundhandlers have long shielded the airport congestion problem from shippers. “Historically, it’s been an [internal] fingerpointing situation,” said David Bellon, head of airfreight for DHL Global Forwarding in Belgium for the last 14 years. The airport congestion was especially frustrating for forwarders handling export cargo, he added. “We were missing cutoffs. And if you miss the cutoff, you miss the flight and miss the delivery. And that’s why shippers use forwarders. We promise them a certain flight at a certain time and we handle all the arrangements.”

Before Air Cargo Belgium was created, Bellon recalls, “We tried to solve these problems with bilateral conversations. DHL was talking to handling agents. Kuhne + Nagle was talking. But nothing worked out. That’s when Brussels Airport started talking about setting up a forum for all airport stakeholders.”

Bellon said “gradually we discussed how these issues were affecting us on a [Brussels] market level and not on an individual company stakeholder level.”

Growing pains for the system

Still, there are some large speed bumps ahead, warns Bellon. “Right now, other forwarders who were not part of the pilot phase want eagerly to participate but there are not enough slots for the 60 forwarder members of Air Cargo Belgium. And they all want the slots for the same time.”

As he explains it, no forwarders want to deliver export cargo at 4 a.m., “but at peak time, 7 p.m. Friday, everyone wants to drop off exports. We don’t have sufficient dock doors available to match the 7 p.m. slot requests.”

Currently, Brussels Airport has four warehouse buildings with 10 to 40 dock doors each and another freight handling structure is being built. Polmans, the airport's cargo and logistics chief, says there will be adequate dock doors available when the remaining freight forwarders adopt the BRUcloud slot booking app.

Yet Air Cargo Belgium isn’t waiting to solve that problem. Currently, it is developing a BRUcloud freight management app that will add further details on each shipment to the data-sharing platform. It will include airway bills spelling out how many pieces are involved and the weight and volume of each, according to Scatorchia.

Separately, a Road Feeder management app is being planned. “It’s the same as the slot management app but exclusively for trucking agents that will help them in planning and managing their resources,” he said. “Our overall goal is to smooth out the peaks and valleys [for airport cargo shipment deliveries and pickups] and create transparency for all stakeholders.”

The pioneering BRUcloud data-sharing platform has attracted the attention of other far bigger airports on both sides of the Atlantic. Scatorchia didn’t have a full list, but London Heathrow, Vienna, Paris, and Miami International have expressed interest.