Port congestion: ‘You get what you pay for’

Port congestion: ‘You get what you pay for’ 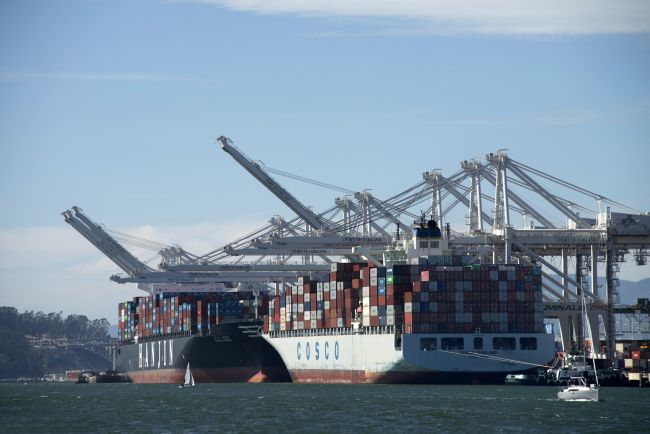 Low ocean carrier rates are to blame for much of the congestion afflicting U.S. container ports, several ocean carriers and terminal operators said at a Federal Maritime Commission hearing this week.

“The service level you’re getting is what you’re paying for.” said John Atkins, president of Global Container Terminal USA. “With expenses outpacing the depressed rates, the margins are not large enough for people to be nice guys and do the right thing,”

With shippers unwilling to pay higher rates, ocean carriers have sought to control expenses by acquiring larger, more fuel-efficient ships that reduce per-unit costs. Carriers also have bargained for reduced rates from terminals that are struggling to attract capital needed for investments in facilities to handle the big ships.

“BCOs apply pressure to the carriers, who are introducing larger-capacity vessels all the time,” Atkins said. “Carriers put pressure on the marine terminal operators, who also are seeking additional volume. Everyone puts pressure on the truckers.”

This domino effect on service levels was described in different ways by several speakers at the FMC hearing in Baltimore. The session was the second of four regional sessions the commission is holding to gather information on port congestion.

FMC members William Doyle and Richard Lidinsky, who conducted the Baltimore hearing, said the hearings could lead to a formal fact-finding investigation by the agency, whose regulatory authority extends to ports and terminal operators.

Financial pressure was a key reason most container lines during the last five years have quit providing chassis as part of a bundled service in the U.S. market. The still-evolving transition of chassis to lessors and truckers has been widely blamed for equipment shortages and dislocations that add to terminal congestion and delays.

Terminal operators say some of the most egregious turn times at terminals are due to holds placed on containers for inspections by U.S. Customs and Border Protection, and that budget restrictions have stretched CBP’s staff too thin to keep up with increased volume.

Several motor carriers warned that delays at ports are making it harder to attract and keep drivers.

Shirley Roebuck, president of Gilco Trucking in Portsmouth, Virginia, said her owner-operator drivers sometimes spend all morning picking up a load, “five hours into a workday, and we’ve accomplished absolutely nothing, not made a dime.”

George Berry, an owner-operator from Chesapeake, Virginia, said drayage drivers are leaving the business because of increasing difficulty earning a living. “Driver shortage? Duh! There’s a driver shortage because there’s a driver pay shortage,” he said.

This is a ridiculous

Permalink Submitted by donp@amcof.com on Oct 3, 2014 12:21PM EDT
This is a ridiculous suggestion that shippers are responsible for port congestion because current freights rates have been forced lower by shippers looking to lower costs and improve their own results. That is the nature of business and every company looks to lower their costs to remain competitive. But the fact of the matter is that industry acts and works within the law of supply and demand. The carriers have significantly increased their capacity beyond the actual cargo demand, or at least in advance of that demand. So there is a natural competition among the carriers for the available freight which keeps pressure on the rates. Rates are low because of decisions made by carriers years prior. Port congestion is due to the carriers and terminal operators own actions and decisions related to investment and applying adequate resources to getting the containers out of the terminals.

Port congestion has nothing

Permalink Submitted by manaadiar@shipp... on Oct 4, 2014 2:36AM EDT
Port congestion has nothing to do with shippers or how they pay freight rates.. The container freight rates have been down on all trades for a while now.. If lower freight rates forced by shippers is the problem then why are only some ports congested and not all ports because freight rates are generally lower than they have ever been.. It is upto the terminal authorities to run and manage the terminals effectively without congestion.. Of course it is not only the ports and terminals alone, the local government and the infrastructure around the ports are also a reason for the congestion.. If the trucks are unable to enter and exit the ports in time due to road conditions and have a good turn around, then the effects will be felt inside the port.. Corruption, striking workers, lack of infrastructure have all been cited as reasons for what is currently the biggest congestion topic in Manila port.. According to media reports, there are about 78,000 shipping containers stuck in the Manila port that need to be moved out, but only 4,500 containers are taken out of the port daily. The Cabinet secretary of Philippines has said "Extortion outside, extortion inside, extortion on the road: corruption is a factor in the congestion in Manila’s ports" So there is no role of the shippers or lower freight rates in this congestion.. Regards Hariesh Manaadiar http://shippingandfreightresource.com

This finger pointing is