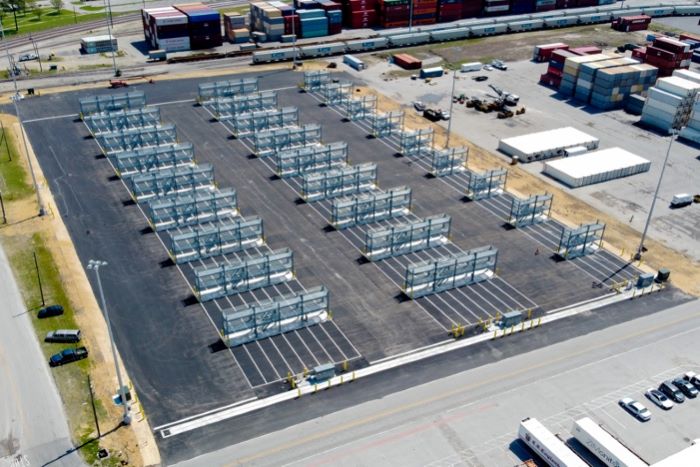 Paul Cozza, executive director of the North Carolina Ports Authority, will retire from his post at the end of 2020, a six-year tenure in which the port expanded its refrigerated cargo business, completed major infrastructure projects, and strengthened intermodal rail connections.

The port now has 775 reefer plugs that are positioned near its refrigerated warehouse facility, which has more than 150,000 square feet of storage. The port plans to eventually expand its total reefer yard capacity to be able to handle more than 1,000 containers.

The North Carolina Ports Authority expanded its refrigerated cargo business through the Southeast In-Transit Cold Treatment program, which allows temperature-controlled goods that once were reserved for colder areas — such as the ports of Philadelphia, New York and New Jersey, and Boston — to now discharge in the Southeast. The US Department of Agriculture spearheaded the program. Wilmington, in addition to other Southeastern ports, was able to successfully pass a pilot program and now can chase this new line of agricultural and grocery business.

Wilmington also widened its tuning basin to handle 14,000 TEU ships this spring. Work is under way to upgrade the gate system and deploy a new terminal operating system, both of which are set to be completed by the end of 2020. Ultimately, the investment will double the port’s annual capacity to 1.2 million TEU, the port authority said.

Cozza helped spearhead the return of intermodal service to Wilmington in July 2017 after more than 30 years. The Queen City Express connects Wilmington with an inland rail hub in Charlotte. CSX expanded the service to daily overnight double-stack trains to Charlotte last summer, providing Wilmington an advantage of the two-day service from Charleston. The dray is about 200 miles, which would take up most of a driver’s on-duty hours for a roundtrip.